AASM is a kind of munition that adding rocket motor on the free-fall bomb to increase its effectiveness.

CFD work was not done for AASM; I just assumed AASM has own weight, given rocket motor and generic body shape from the previous study 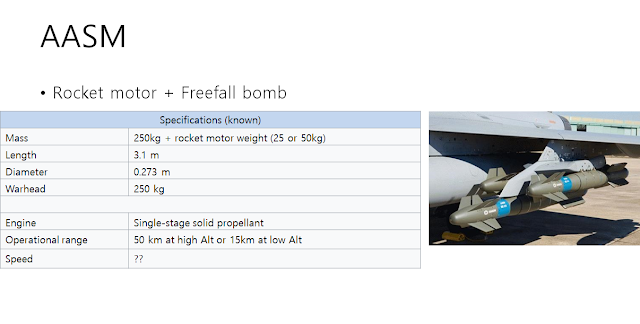 Trajectory or range of the free-fall bomb is very sensitive to initial condition of the launch aircraft. I simulated two condition, 15kft and 30kft with M0.8 cruise. They represent 4.5km and 9km range when I set the course of -45deg of fall.

This can be regarded as maximum range of the GBU without any additional glider kit or rocket motor. Maximum speed of the bomb peaks around M1. 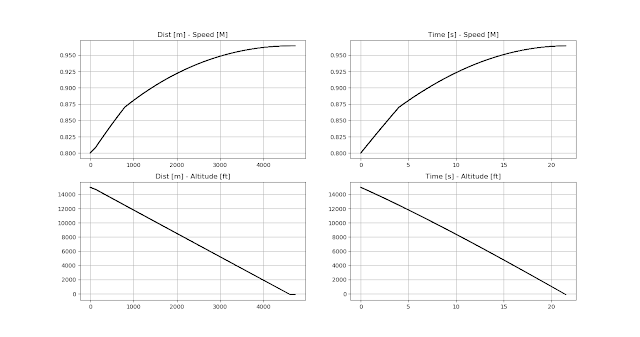 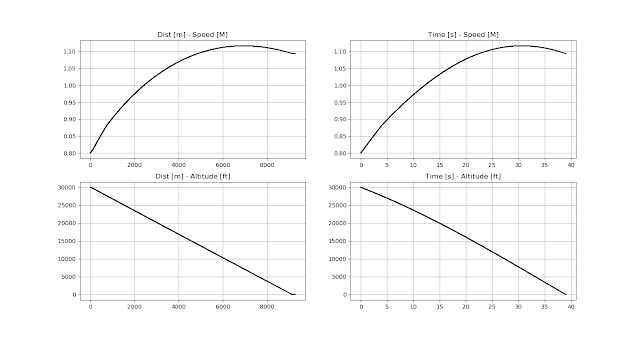 I have added 25kg of propellant on the bomb to increase the range, and the test condition is 15kft and 30kft with M0.8.

Speed increase of the munition is impressive (~M1.0 -> M1.5) however the increased ranges are 12km and 20km. It is also huge increase of range for percentage but still not effective against Air-Defense system. 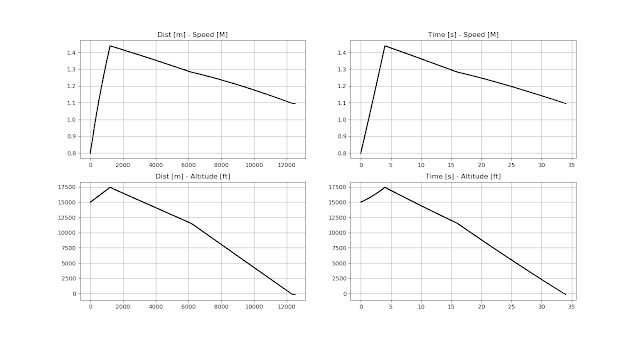 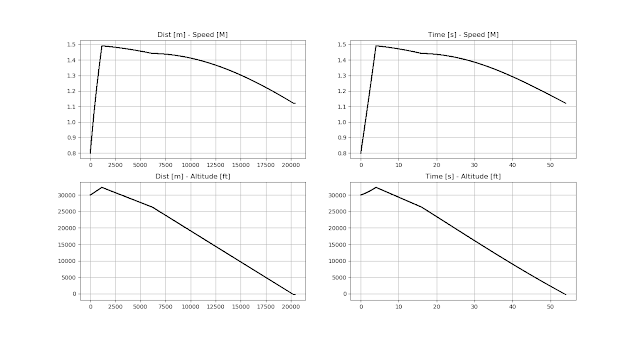 
Similar to AASM, it has 50kg of propellant for 250kg of warhead. It provides higher speed and less deeper glide angle for longer range. I have test several initial condition and trajectory specifications. 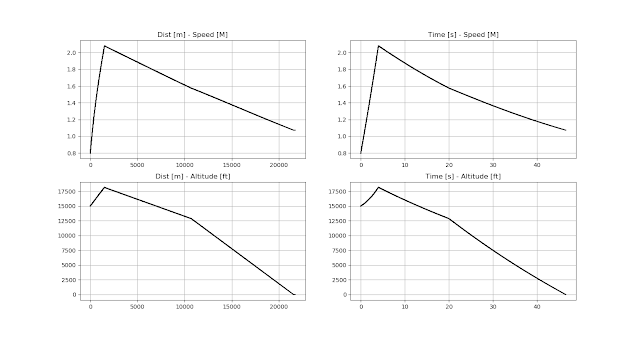 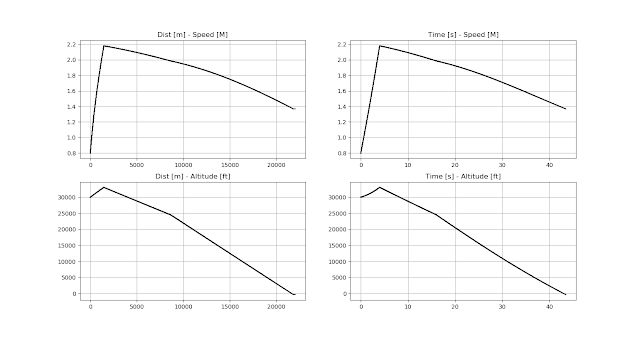 The increased propellant gives about M2 class peak speed for the munitions, and it touch the ground supersonic speed. Both 15kft and 30kft condition makes only similar 20km which is not much difference from that of the 10% propellant case.

Then, I feel this trajectory is not optimized for the increased propellant because not only via range also excessive terminal speed. 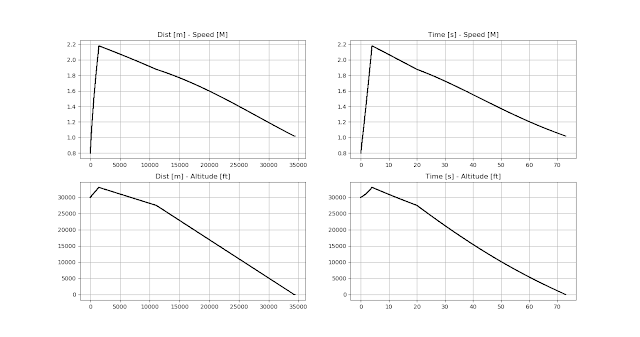 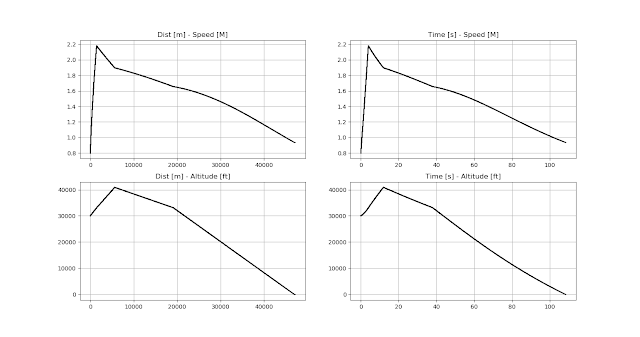 This case gives more climbing trajectory that the previous ones; much more propellant make it possible. The result show that the range is increased significantly about 45km. Still there is a room for speed at peak altitude, so, range can be extended more. 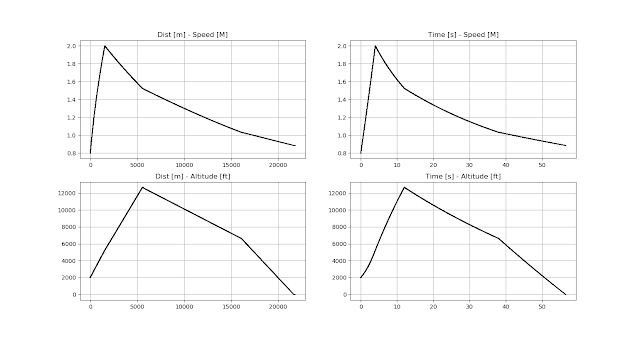 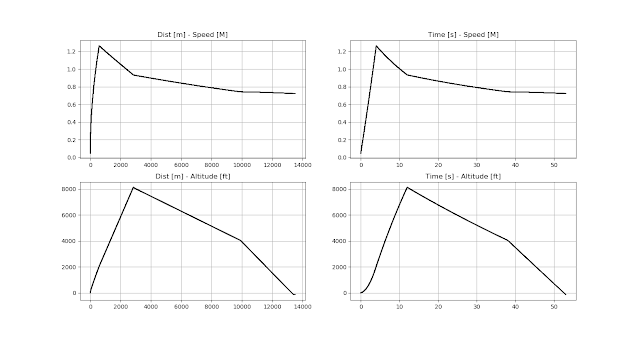 I assume the case that the low altitude penetration aircraft launches the munition; with loft profile, the munition could reach about 20km. Also in that case, there is a room for speed at peak altitude, so, range can be extended more.

It represent that 20% weight propellant provides range from 20km+ to 50km+ depending on its launch altitude like real AASM. And it would be meaningful for SEAD operation.

At final figure, I provide assumed result that AASM is launched at the ground. It reaches 13km while there is no enough room for range extension. So, it could explain why more bigger missile is needed for ground-launch.

Addition of the rocket-motor on the conventional weapon is effective way to increase the range and speed of the weapon while the portion of the propellant should be more than 20%.

Modern short-or-mid-range air-defense system has range about 50km, and range of the generic AASM type weapon can over it when the portion is about 20%. This could explain how AASM has such a rocket-motor.

Addition of glider-kit on the bomb is another method to increase the range rather than the rocket motor. I expect that amount of the increased range can be similar in both way depending on their specification. However, rocket motor has definite advantage over the kit for its speed, response time, and range-independence from launch platform.

(Although glider kit is cheaper than the rocket motor)