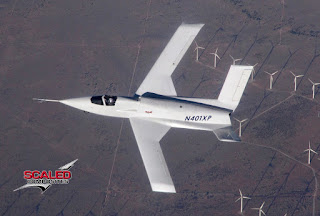 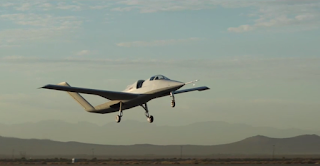 Scaled Composites Model 401 is Bizzare Aircraft, made by Scale Composites. It is known as Technical Demonstrator for Unknown Customer.

It is not stealth aircraft for itself, but its many features such as V-tail, upper-engine-nacelle, complex trailing edge configuration of main wing, and style of wing-tip could be regarded as potential stealth aircraft demonstrator.

I don't have idea about what purpose of this demonstrator want to show, but stealth-long-endurance mission can be flight profile of the full-capable version of the demonstrator.