Russian Bomber Operation in Syria (It is not news; it is about 2 years ago) 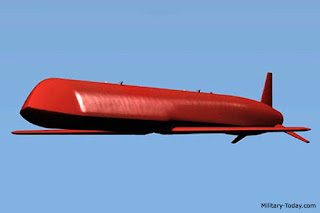 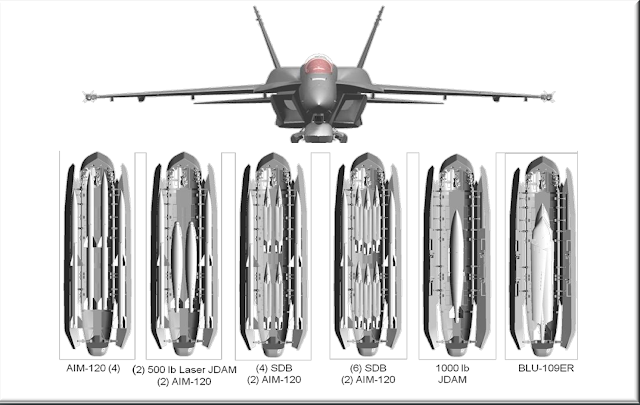 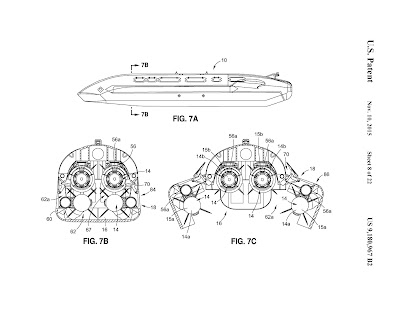 Still, there is no customer for this upgrads, anyway, Boeing pursue upgrade kits for conventional jets for F-15 and F/A-18E/F. In F-15 case, F-15E already has conformal fuel tank which have room for modification of internal weapon bay, however, F/A-18E/F requires external weapon pod to reduce RCS in weapon-load configuration.

Still, this jet is in development phase, and it means these jets have limited capability than the others.
Purpose of the deployment is probably not more than testing.
(Every body knows Syrian do not have serous challenger even for Su-35S)

Few past demonstration of the Su-57 showed its aerodynamic characteristic was almost proved, however things related to avionics, system integration, tactics, ground-support, and weapon delivery capability is not certain.

Sukhoi or Russians, they want Su-57 to be real counterpart, threat, or challenger for F-22; then, we could expect that sending Su-57 is some kind of test for 'Countering F-22'. It does not mean Su-57 engage the F-22 with real missile or guns. The deployed Su-57 and other Russian assets try to sense and gather data of F-22 which will preciously be used for Su-57 development.

On the other hand, US also glad the chance to do same things on the Russian's new fighter jet.


Part A and B focuses on Aerodynamic variables and issues for high AoA; these are more similar to science or academic area than jet fighter design. In Part C, I deal with impact of high AoA flow on the jet fighter in the practical area. As discussed in previous Parts, high AoA flow is very sensitive to external environmental changes and transition of status related to the vortex is dramatic and not easy to predict. Problems related to high AoA could fall to the fatal ones because of this characteristic. Before end of WWII, fighters usually encounter problems only like stall and spin because they suffer lack of power and max speed to enter extreme region of the flight. After WWII, when the age of jet fighter is matured, many pilot faced unknown region of stability related to high AoA and compressibility effects on the wing and the body.

Mason [1] well summarized some problems when the jet fighter encounters high AoA flow as shown below (I have added few more stuff related to AoA flow). Stall (including abrupt-wing-stall, called AWS), Spin, inertial coupling, departure, wing-drop, wing-rock, and nose-slice could be listed, and engineers had developed criteria and methods to evaluate high AoA characteristics and try to prevent these problems. The criteria and methods are related to evaluation of derivative of force and moment, coefficient in six-degree-of-freedom (6DOF), and direct discovering of phenomenon; most these are performed by computational fluid dynamics (CFD), wind-tunnel testing and scaled model flight.

 Stall
- Classical problem of high AoA flow; when wing airfoil enters high AoA flow region, attached flow on            the wing cannot sustain the attached status.
- When the flow is separated from the wing airfoil, aircraft loses its lift and speed, then it falls.
- At this stage, if aircraft cannot recover appropriate speed and attitude (AoA), falling continues and               crashes, sometimes called falling-leaf phenomenon.
- Naturally un-stable aircrafts, like F-16, are hard to recover stable attitude, and they show oscillated             pitch motion. Pilots should magnify amplitude of the oscillation to get out of the stall status.
- Un-stable characteristic for the longitudinal direction of the aircraft seemed to be risky, however,                 profit of enhanced maneuverability and lift/drag ratio and help of fly-by-wire system make that kind             of aircraft as real one.

 Spin
- When stall occurs, starboard and port-side wing sometimes enter asymmetric flow condition (usually            for propeller driven aircraft or sideslip condition is given).
- If asymmetric momentum for transverse direction overcomes tendency of stability given by vertical              tail and rudder power, the aircraft starts to rotates and enters spin.
- Usually, spin induces more severe status of spin; because of that, at the early age of aviation, many              pilot loses their life.
- Spin could be overcome by counter-spin direction input of rudder and reduction of AoA, but it                    requires enough room of altitude.

 Wing Drop
- Un-wanted roll motion via asymmetric wing stall; F/A-18E/F Super-Hornet suffered this problem as              Abrupt Wing Stall.
- It can cause spin problem for the jet fighter if the phenomenon become severe.

 Wing Rock
- Before wing-drop or stall occur, combination of inertia and damping of the wing has certain natural             frequency of modes.
- If roll input or external disturbance excites these modes, wing-rock can occur.
- Analytic method is used to predict the wing-rock.

 Buffet
- As part of the flow on the wing is separated abruptly, whole aircraft is shacked and pilot suffers                 uncomfortable status or non-readable cockpit gauges.
- This phenomenon is one of the usual problem via high AoA flow, and it can occur at even moderate           AoA for less than 10deg.

 Nose Slice
- When aircraft fall into spin, nose-slice can occur. In some aircraft, vertical tail, having function of                prevent un-wanted yawing motion, is swallowed by downstream of front fuselage and wing, and loses          its function in high AoA.
- When the tail loses its function, there is nothing to stop nose-slice in high AoA.

As described in the previous paragraph, various risky things occur via flow separation or natural frequency excitation. Few coefficient criteria are suggested to predict these thing before serious accident takes pilot’s life as shown in the reference [1] (Fig. 2.9).

Most basic coefficients are Cnβ and Clβ for stability axis of the aircraft for given AoA; Cnβ is yawing moment coefficient via sideslip angle while Clβ is rolling moment coefficient via sideslip angle. Cnβ should be positive while Clβ be negative for whole flight region of the aircraft to compensate external disturbance of the sideslip angle (we assume that sideslip disturbance is coming from starboard as shown in Fig. 2.10). Concept of Cnβ is relatively simpler than Clβ because it is same as problem of wind vane. If sideslip angle is given for the aircraft body, vertical tail should be acted as spring to restore and re-align the aircraft direction to wind-direction. If Cnβ is negative, aircraft tends to be amplify sideslip angle and fall into un-controllable region. Most of the aircraft having appropriate vertical tail has positive Cnβ for intermediate AoA. However, when AoA become larger, downstream from nose, fuselage, and wing shadow vertical tail, and it cannot work its function. In a certain point of AoA, after vertical tail is already swallowed by the downstream, vortex around the aircraft suddenly collapses asymmetrically via sideslip disturbance, and it leads to un-controlled status of the aircraft. Some design parameters such as swept angle, dihedral angle, position of vertical tail, and leading edge flap could enhance the problematic characteristic however we deal with these parameters in Chap. 3. When the Clβ is negative, aircraft roll in negative direction for roll axis (Fig. 2.10). It can only compensate the disturbance like spring. Aircraft roll in negative direction, component of sideslip direction of disturbance is changed to longitudinal direction and amount of sideslip is appropriately reduced. In a first hand, it is not easy to understand.

In order to take account dynamic behavior of the aircraft, more complex coefficients are used such as Cnβ, dynamic or LCDP; exact form of the equation is given in Fig. 2.9 and notation for the axis is shown in Fig. 2.11. Cnβ, dynamic is a result of the linear approximation of the momentum equation in lateral direction. Moment of inertia, I with axis direction, is added for stability evaluation; Iz is inertia for yawing moment while Ix is for rolling. Clβ is usually negative for intermediate AoA, and secondary term help Cnβ to go positive. However if Clβ is positive at high AoA, value of the dynamic one become sensitive. In that situation, aircraft having higher Iz/Ix like slender jet fighter with tiny wing become prone to yawing axis. It can simply be regarded as that yawing moment stability is evaluated in stability axis; rolling moment effect for body axis is significant at high AoA because angle between body and stability axis become larger. LCDP is also similar to Cnβ, but it additionally consider control factor; deflection of aileron and rudder. Basically, yawing and rolling motion of the aircraft are not perfectly independent; combination effect of the two control surfaces is considered. Because of the dependency of the two axis, control gain ratio for the two control surfaces, GARI, affects the departure criteria.

Fig. 2.9 departure criteria of the aircraft in certain AoA [1] 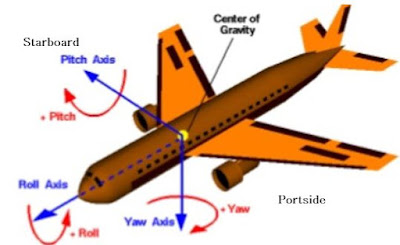 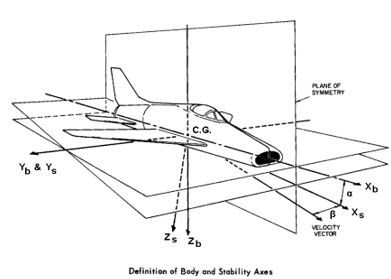 Fig. 2.11 difference between body and stability axis of the jet fighter


These parameters, Cnβ, Clβ, Cnβ_dyn, and LCDP, are relatively easy parameters because of their eidetic criteria standard. However, these values are based on the partial differential value of the static status of the aircraft in certain AoA. That kind of approach is effective at initial evaluation of the aircraft flight region or stability with wind-tunnel, CFD, model flight and experimental data.

More than that, analytic evaluation for the jet fighter in high AoA or side-slip had been performed by Nolan II [2]. Analytic approach used classical six-degree-of-freedom (6DOF) equation of motion to evaluate various stability cases as shown in Fig. 2.12. If we could determine various coefficient related to the motion of the jet fighter like inertia, aerodynamic coefficient, mass and center of gravity and pressure, frequency, spring coefficient and stability of each mode could be analyzed via analytic approach. As shown in Fig. 2.13, various modes or unstable motion occurs at each AoA because excitation force from the aerodynamic disturbances is changed by AoA. The excitation force could be regular aerodynamic pressure, function of AoA, or irregular aerodynamic changes like vortex breakdown or separation. 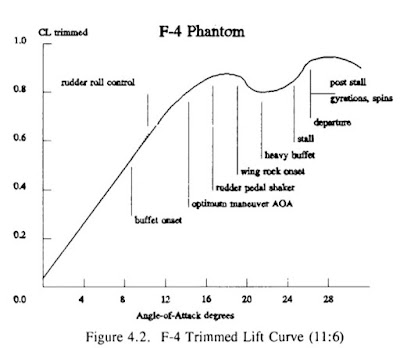 Fig. 2.13 various problem in flying stability or quality in certain AoA such as buffet, wing-rock, stall, spin or departure [2]

Whole set of equation of motion for the aircraft is shown in Fig. 2.14; 6DOF equations is characterized in each axis and it transformed to frequency domain (shown as s=iw in Fig. 2.15). Mathematical description for this matrix is shown in the link and it leads you to equation 3.14 and 3.23 in Fig. 2.14 (http://www.math.tamu.edu/~yvorobet/MATH304-2011A/Lect3-06web.pdf). Reference did this analysis for wing-rock motion and could find condition that wing-rock is triggered. The triggered condition mathematically means that the both imaginary and real part of the equation is zero with removed frequency dependence. From that status, wing is moved freely at any frequency and pilot feels it as ‘wing-rock’. Triggering parameters are depending on not only design parameters and also dynamic pressure on wing and AoA which represent flight status of the jet fighter. That set of equation of motion is analyzed in two-dimensional plot as shown in Fig. 2.15. This reference validated the method by F-15’s data, and evaluated various instability triggering point or modes of the jet fighter.

Fig. 2.14 6DOF equation of motion for the aircraft and its transformation [2] 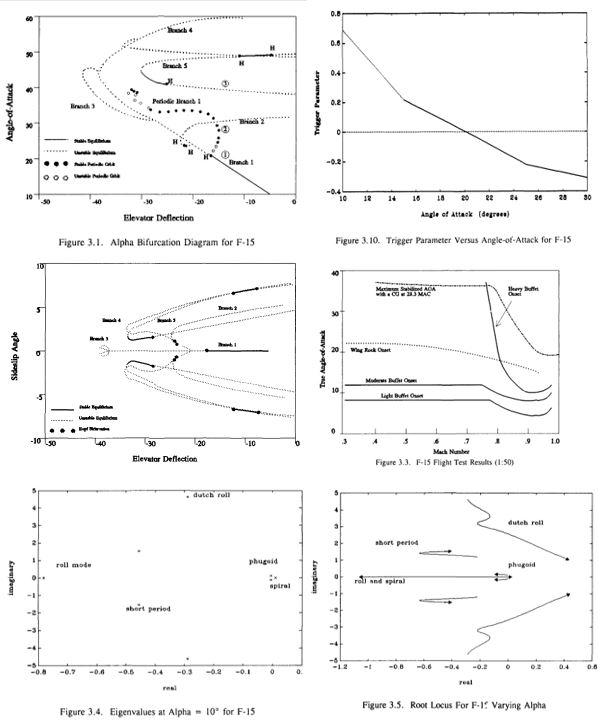 Fig. 2.15 flight characteristics of F-15 is evaluated by analytic method [2]

This project try to fulfill the needs of high speed reconnaissance aircraft based on F-4E phantom.

RF-4C/E already exist for this purpose, but this heavy modification targeted speed of MiG-25 level (M3...)


Expected Max Mach is 3.2, and it means that IAF could hunt MiG-25, primary threat for IAF at that time.

So, similar to MiG-25, both reconnaissance and fighter versions are proposed.

However, US considered this project could motivate USSR to modify conventional jet fighter to intercept their

And also, IAF could get F-15A which finally shoot down MiG-25, and they do not have to show interest that project. Then, this project is abandoned and only remain in X-project level.