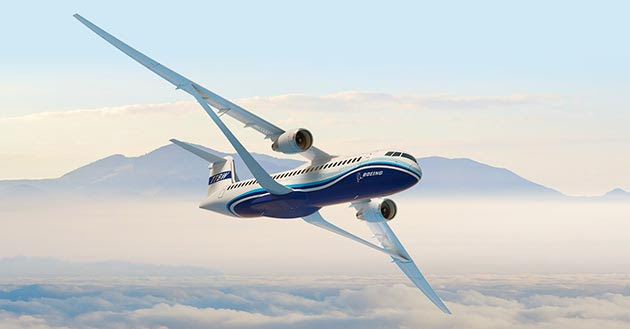 Actually, Boeing already have own experience related to the joint wing as described in this blog

This E-X concept is more radical than the Truss-Braced type, and type category of joint-wing is shown below [1] 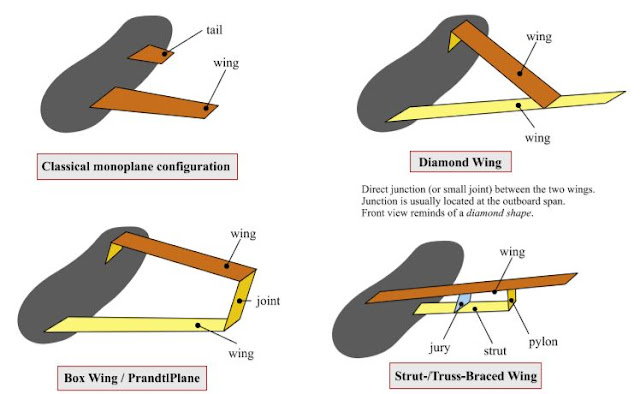 Although there were several prototype attempt to materialize joint wing (https://www.secretprojects.co.uk/forum/index.php/topic,4963.75.html), Boeing's one is interesting that there is no project like this in recent years. Boeing emphasized this project focuses fuel saving and noise reduction. From the reference [1], it might cause non-linear problem for the aerodynamic and stability perspective.

Fig. 3. Pressure distribution of the joint wing and its optimized shape [1]

Optimized shape of Truss-Braced wing could achieve higher L/D and more payload than conventional shape as described in Fig. 4 [1]. L/D is increased from 26 to 32 however, increase of structure weight is significant. Finally, Boeing current concept is very similar to that of Fig. 5, class of mid-range airliner cruising at transonic speed. Anyway, it is interesting to watch the development of the old-new concept. 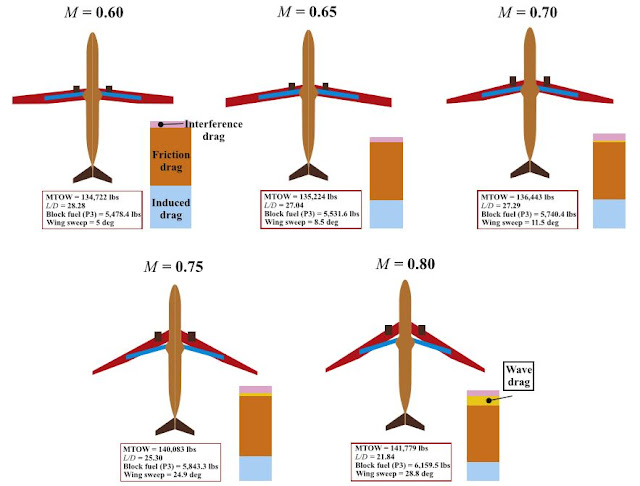 
[1] Cavallaro, R and Demasi, L., 2016, Challenges, Ideas, and Innovations of Joined-Wing Configurations : A Concept from the Past , an Opportunity for the Future, Progress in Aerospace Sciences
작성자: Valkyrie 시간: 오전 2:58